The Gym Group uses cookies. If you're using our site we'll assume you're happy with the use of cookies.

The Gym Group has had an outstanding year, outperforming significantly in a flat market place and growing the number of sites operated from 10 to 16. Turnover grew by 88% from £7.2m to £13.5m. Membership numbers grew by 67% from 58k to 96k and gym visits increased from 2.0 to 4.1 million. EBITDA grew by 82% from £1.7m to £3.1m. The headline figures demonstrating the significant growth of the business are set out below.

Revenue performance was largely driven by accelerating the site opening programme and continued underlying like for like growth. In a number of sites waiting lists were introduced to manage usage density and preserve the membership experience. Revenue performance has continued into 2012, in March 2012 our annualised turnover was £19.7m (March 2011 £12.6m) and annualised gym EBITDA was £7.2m (March 2012 £3.7m), primarily driven through membership growth to around 120k members.

We are the longest established national operator of low cost gyms now currently operating 23 sites (16 sites - 31 December 2011, 10 sites - 31 December 2010) with an accelerating opening programme that will take us to around 35 sites open or in fit-out by the end of December 2012. The low-cost sector continues to offer significant growth opportunities despite an overall flat health and fitness market. The Gym Group benefits from attracting new gym users as well as existing users from other facilities, especially the mid-market clubs.

Our sites offer state of the art gym equipment, including free weights, resistance and spinning machines in purpose-built facilities which are open 24 hours a day, 7 days a week. Our transparent pricing means that a new member knows what the membership price is without the need to visit or tour a gym before the price is revealed. Membership is administered online at www.thegymgroup.com and a new member can gain access to a gym within minutes of signing up. Membership also includes access to free services such as virtual studios and fitness tips. All gyms have an experienced team of personal trainers available to offer advice and coaching.

Our offer attracts a broad demographic but primarily the 24-35 age group. For this reason we have embraced modern marketing media such as Facebook and twitter to engage with our members. We have already gained 14k followers on Facebook.

Our growth has been and will continue to be funded by a combination of cash generated by sites already open, new funds from our principal shareholder and through drawing on our committed senior bank debt facility which was recently increased from £12m to £17.5m.

The Gym Group’s strategy has deviated little from its inception in 2008 with a focus of providing low cost excellent clean and well maintained gym facilities. We were delighted to be awarded Best Budget Gym Operator 2011 in the National Fitness Awards.

We look forward to the future with confidence. EBITDA will grow significantly in the coming year from increased profitability at existing gyms as these sites mature as well as from new sites.

“Our expansion plans are supported by a strong pipeline of new sites, the cash generative nature of our model and a robust capital structure. We are confident that the business is well placed to deliver accelerated growth in 2012. The current year has got off to a very strong start with strong like for like growth in membership of 14.1% at the end of March and we expect to end the year with around 35 sites open or in fit-out and a strong pipeline for 2013.” 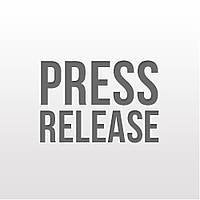